Any birthday boy that turns 21 will not say no to Birthday Party Strippers as a present. While you might have a few people that would raise an eyebrow at the prospect of having a naked beauty performing live for their young fella. On the other hand you will find that the majority of the family and friends would giggle mischievously when they book the stripper for the 21st birthday party.

The 21st birthday party is a special event in the life of the young man. Surely, he should be able to remember not only the hangover of the day after but also the fun and games of the night. Actually, the 21st birthday party is more than a celebration for the birthday boy. It is also an opportunity for the whole family to get together. There is a tradition in every country to celebrate the coming of age of a young man. Different groups will contribute differently. But the aim remains the same. Have fun and make fun of him.

The family is the crowd that takes care of the venue and the food. Yes, the people that take of the bill. Usually his parents will think of something special for their son. Large presents like cars and jewelry will probably make their appearance. In Ireland such a party could involve from 50 to 100 people. As Irish families are big. More often than not one of the younger uncles or aunts will also take care of the stripper. Actually, this will be one of the first times that the young man will be allowed to be inebriated in front of the whole family. Obviously, making a fool of himself is allowed. As an added bonus, the stripogram will give the whole crowd a boost. Everybody will have the opportunity to make jokes at his expense.

Possibly we are talking about one of his first serious relationships. This will be either his childhood sweetheart or his new found university love. Actually, most of the times it is the girlfriend that chooses the  strippers and sets out the rules of the stripogram. Most young people are aware that birthday party strippers are just part of the show, so there is no need for jealousy. Quoting one of our strippers during a 21st Birthday Party:

“Honey, I am going to be stripping for him for the next 20 min….you can have a go at it anytime you want”

Needless to say, this crew will try their very best to make sure their friend has an unforgettable 21st Birthday Party. Nothing can compare to a group of lads feeding the young man miles of shots. They are also a good point of contact  for the birthday party strippers. They need to time the stripogram well. This will involve one person dealing with the DJ, one person making sure that the grannie are gone and one person waiting for the stripper outside the venue.

Where to get Birthday Party Strippers

Our company has years of experience in choosing the right strippers for all your 21st Birthday Party needs. Surely we will advise you on how to best organise a killer of a birthday party .

Just give us a call, will ya 😉

We're not around right now. But you can send us an email and we'll get back to you, asap. 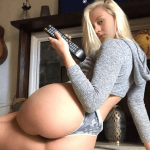 Stripper Etiquette – For Stag party apes and not onlyUncategorized 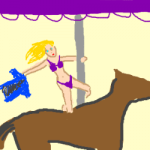